Western Sahara: Morocco Reiterates that Autonomy is the Most it Can Offer 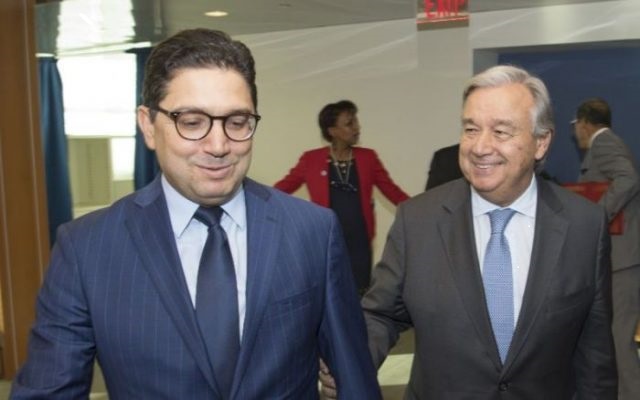 Nasser Bourita, Morocco’s Minister of Foreign affairs was interviewed in Russia by the country’s news outlet, Sputnik. In relation to the situation in the Western Sahara, he was keen to stress the necessity that a realistic, political solution be achieved.

The Minister was in Moscow attending the Arab-Russian Forum, and said that Morocco will be maintaining a position that is compatible with the UN Security Council resolutions.

Bourita urged all parties involved in the conflict to be realistic and to seek to achieve a solution for the region.  He continued to explain that Morocco’s position in the round table discussions has been clear:  They want an end to the conflict which has continued for far too long.

Bourita suggested that there would not be an acceptable alternative to the autonomy plan of 2007 which was only ineffective due to the lack of will on the other side of the conflict.  He referred to both Polisario and it’s main supporter, Algeria, indicating that they were resistant, settling into their previous intransigent positions.

Although Morocco is keen to find solutions and has offered these, it will not continue discussions that are not practical or on issues where there is a lack of will to achieve a consensus, he concluded.

Bourita’s view was that ultimately all parties had to be motivated to move forwards with realism and practicality in order to find a consensual solution.  This had been made more apparent following on from round table discussions on the region in March.

Bourita’s statement echoes that of UN Secretary-General’s Personal Envoy Horst Kohler’s comments as the second discussion ended.  While acknowledging how complex the conflict in Wester Sahara is, Kohler stressed the importance of all parties coming to the table to work with the UN to end the conflict.

A quick outcome should not be expected, he continued, and the parties must work to build mutual trust before the talks could be successful. However, at the end of the March round table he appeared optimistic that this level of cooperation could be achieved.

In the meantime, the opposing parties have continued to use their own news channels and propaganda to make accusations of violations against each other.

In April, two letters were received by the UN Security Council from the Polisario in an attempt to manoeuvre against Morocco in the lead up to a meeting later in the month.  The group has had long-standing support from Algeria, but is now seeking support from other powers such as Russia on the basis of their long term allied relationship with Algiers.

In terms of military technology, Russia and Algeria have a strong relationship.  In July 2018 MEMO quoted Igor Belyaev (the Russian Ambassador to Algeria) as saying that Moscow was in support of the UN resolutions to end the West Saharan conflict.

Belyaev highlighted Russia’s support for a referendum in the region, and the work of Horst Kohler, the UN envoy in his attempts to kick start the dialogue between the Polisario and Morocco.

Valerian Shuvayev, the Russian Ambassador to Morocco, stated in December 2018 that Russia seeks to remain on friendly terms with the parties involved in the conflict and that the issue should be solved by the UN.

This was echoed by Russia’s Foreign Affairs Minister, Sergey Lavrov in January 2019 during a visit to Morocco.  He was clear that the resolution must come via the UN Security Council resolutions, finding a solution agreeable to all parties through cooperation.