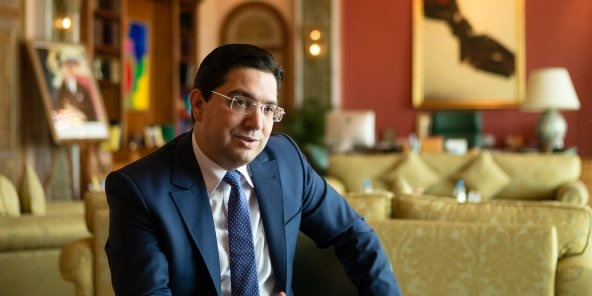 Nasser Bourita, Moroccan Minister for Foreign Affairs went to Geneva to attend two UN-sponsored discussions on the situation in Western Sahara in December 2018 and March 2019.

Bourita informed the government what the recent developments were and the Mustapha El Khalfi, a Government Spokesperson, made a statement after the weekly council meeting.  El Khalfi informed the press that Bourita had restated the Moroccan Government’s position on the political situation in Western Sahara and held discussions with key international players at the Geneva roundtable discussions.  He also gave details of how the Polisario, Algeria and Mauritania had participated in these talks.

El Khalfi revealed that Bourita had discussed the MINURSO delegation’s  management, ideas and some “unproductive projects” with international players but declined to say which countries these were.

Bourita completed a tour of the Gulf countries last week having previously visited Russia to attend the Russia-Arab Forum.

Speaking on the Russian News channel Sputnik, Bourita said that Morocco was offering its autonomy plan as the only political solution to the problems in Western Sahara.  This initiative, he said, could be fruitful if the other parties had a will to resolve the issues.

El Khalfi has warned that Morocco will not be willing to continue discussing issues that are not practical or consensual.