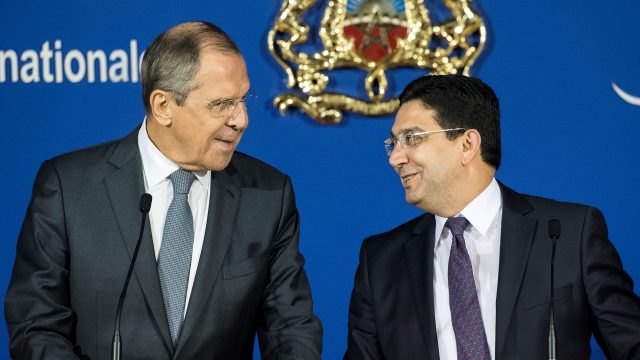 Russia will be looking for a quick, mutual settlement to the dispute over Western Sahara.  This was confirmed by Mikhail Bogdanov during an interview with the Maghreb Arab Press (MAP), Morocco’s state-owned news agency.  The Russian Deputy Foreign Minister who is also the Special Presidential Representative for the Middle East and Africa, made the comments after a meeting with Talea Saoud El Atlassi, the AAPSO (Afro-Asian Peoples’ Solidarity Organization)Vice-president.

Bogdanov confirmed that Russian considers Morocco a key strategic ally in the region and that the meeting with Bourita has been a great opportunity for the two men to discuss various issues in North Africa, the Middle East and, of course, Western Sahara.

Morocco and Russia formed a strong strategic partnership in 2016, and Bogdanov was keen to highlight the strong ties between the two countries.  He said that further movement in the relationship between Rabat and Moscow has lead to both countries taking steps to increase their collaboration and make it more effective and fruitful.  He also confirmed that this was a mutual effort with Morocco and Russia firmly on the same page when it came to certain issues such as radicalisation, the fight against terrorism and other areas of mutual interest like regional socio-economic development.

Al Atlassi, who chairs the Moroccan Commission for Peace and Solidarity as well as being the vice-president of AAPSO, indicated that Russia has had a positive rôle within the UN as part of the search for a political solution of the dispute in Western Sahara.  He noted that Russia’s intension to work collaboratively with Morocco to find a realistic and sustainable future for Western Sahara was evident during the discussion.

The Al Atlassi-Bogdanov meeting focussed primarily on the relationship between Russia and Morocco and the further cultivation of dialogue and development between them.  The meeting was held  with the blessing of Morocco’s  King Mohammed VI and the Russian President,  Vladimir Putin.