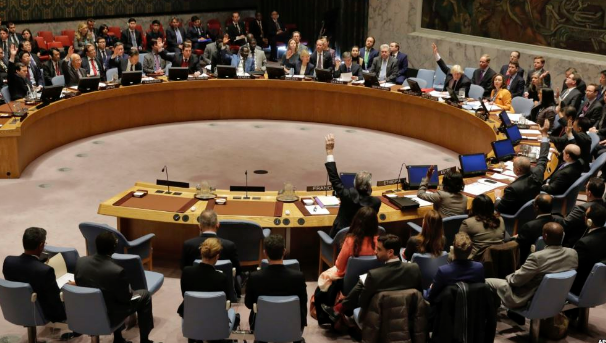 The new SC resolution contains unprecedented mentions of Algeria alongside calls for compromise. 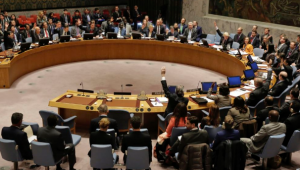 The UN Security Council’s Resolution 2468 has adopted language which, while it falls short of putting pressure on the parties to reach a solution in Western Sahara, gives a clear indication of the direction the political process is moving. It has not broken new ground and uses the same language as previous resolutions.  The focus remains based on realism and looking to the parties involved in the conflict to cooperate with Horst Kohler, the UN Secretary General’s Envoy in the region.

In the preamble, the resolution welcomed Morocco’s continuing efforts, calling the autonomy proposal a serious and credible attempt to move things towards a resolution.  On the other hand, Polisario’s proposals was simply noted, there was no indication that it seemed to have any potential impact on moving the political process towards a successful solution. However, Morocco cannot claim this as a victory as this tends to be the case across the majority of UN SC resolutions since attempts to find a political solution for the region began in April 2007.

In 2016, Resolution 2285 was the first and so far, only, exception to this where both Morocco’s proposal and Polisario’s counter proposal were noted without comment.

Algeria moves away from being a ‘neighboring’ country

The political process began in October 2018 and since that time Algeria has never been mentioned in any Security Council.  In Resolution 2440 Morocco and Polisario were considered “the parties” in the conflict with Algeria and Mauritania categorized as “neighboring states.” This distinction has been removed.

In this resolution Algeria has been mentioned 3 times in the preamble and 5 times in the main body of the resolution.  This seems to imply that the Security Council sees Algeria, not as a ‘neighboring country’, but as a party in the conflict on almost an equal footing with Morocco.

In fact, prior to this Morocco had struggled to convince the Security Council that Algeria’s financial, logistical and diplomatic support for Polisario was the key to its very existence.

Resolution 2486 puts an increased emphasis on compromise than ever before.  In Resolution 2440, the council simply looked to help the parties achieve a ‘mutually acceptable political solution’.

Resolution 2467, in paragraph 6, adds the words ‘based on compromise’ and this is reaffirmed five times in total.

In order to ascertain how much political weight the new language holds, one simply has to compare it with previous resolutions.  Between April 2007 and April 2017 no resolutions passed mentioned compromised.  There were two exceptions; Resolutions 1754 and 1783, but even then the term was only mentioned once.

Later resolutions saw a change in trend.  Resolution 2414 used the term three times, and in Resolution 2440, there were four calls for compromise.   It seem that there has been in increase in calls on all parties to look to compromise alongside calls to be realistic in their approach.

Realism also seems to be a concept that is moving to the fore.  Between April 2008 and October 2018 it was only mentioned once.  In Resolution 2440, it was mentioned twice.

That same Resolutions added the need for the parties to look at durable political solutions which should be realistic and based on compromise.  This was reiterated in Resolution 2468.

Realism could mean no referendum

The resolution indicated that a referendum for self-determination or a  “winner-take-all” approach is not acceptable.  This will not have pleased Algeria or Polisario and it seems a likely explanation for why Russian decided to abstain.

When Resolution 2468 was adopted, the Russian representative expressed concerns that the language used would make the Council seem less impartial, especially since the previously used wording had been ignored.  He said that Russia could not support any alterations to existing parameters or attempts to make judgments on the potential outcome of the negotiations.

South Africa also abstained on the vote and according to the country’s representative this was for similar reasons.  It was felt that the new resolution’s wording, in particular the use of ‘realistic’, ‘realism’, and ‘compromise’ could be seen to lead to direction of negotiations.

The South African diplomat spoke of his regret that the new resolution no longer distinguishes between Morocco and the Frente Polisario as parties to the conflict and Algeria and Mauritania who are neighboring states.

It seems that Morocco has been able to effectively react to John Bolton, the new representative of the Trump administration to prevent any attempt to undermine the country’s diplomatic achievements.

In October 2018,  Resolution 2440 was adopted and shortly after this Algeria contracted David Keene.  As well as heading up Keene Consulting.  Keene has close links with Bolton and is a supporter of Polisario. It seems that Algeria wants to leverage Keene’s friendship with Bolton in an attempt to influence US policy on Western Sahara for its own ends.

So far Algeria has had little or no success. Neither Keene’s company or Foley Hoag (Algeria’s leading lobbying group) have managed to make changes to the language used in 2440 or to remove Algeria from Resolution 2468.  It seems instead that the movement is in the opposite direction with the Security Council moving towards considering Algeria as a full party to the conflict on equal terms with Morocco.

Morocco can seemingly still count on the career diplomats and officials in the Pentagon despite the unpredictability of the US Administration under Trump.  In addition, it seems that the Security Council is also starting to speak in favor of Morocco and its strategic interests in the region.  It may be that they will now prevent any decisions that could jeopardize the US-Moroccan alliance

Although Morocco has successfully managed to preserve its past achievements in the region it seems that Moscow’s position, as indicated by its abstention on 2468, will be to prevent any political solution that aligns with Morocco’s Autonomy Plan. In the past Russia abstained on all four previous resolutions that it believed favored Morocco.  Although the USA could well come out to support the Moroccan plan, Russia will be able to use their veto is order to prevent it becoming reality.

Initially the USA had urged Morocco to present their Autonomy Pan to the UN and had promoted it as the only possible solution to the Western Saharan Conflict. However, thus far they have not given it their full support.

The US State Department contains conflicting views on the issue and these are often swayed by the actions of lobbyists and other interest groups.  From stating that the Autonomy Plan was the ‘only’ solution, the US has now moved to considering it a ‘possible’ solution.  John Bolton wants to put his own stamp on the conflict so the changes of obtaining the full support of the US under the Trump administration is increasingly unlikely.  Algeria knows this and is likely to see this as encouragement to undermine the progress that has been made by Morocco to date.