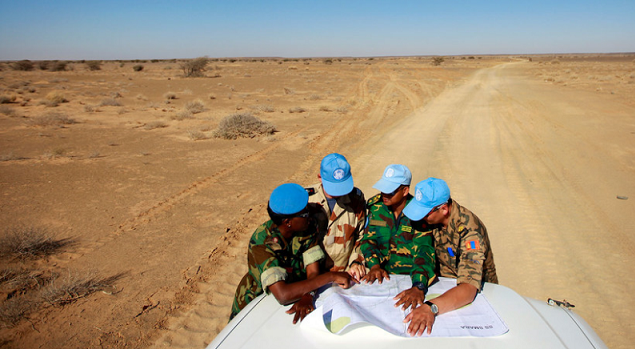 The US has confirmed that while it is still seeking to reduce MINURSO’s mandate in Western Sahara to six months, it had not requested that the UN Peacekeepers monitor human rights in the region. 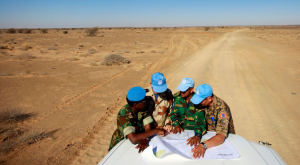 As speculation on potential changes in the MINURSO mandate continues, the UN Security Council are preparing themselves for the vote on the final draft of their  Western Sahara resolution.

There had been reports that the US was seeking to include human rights monitoring in the MINURSO’s mandate and that Morocco had acted, successfully, to prevent to move.

Media reports had stated that the US, who had penned the first draft of the resolution was seeking to exert pressure on the parties in the conflict to avoid a ‘business as usual’ scenario.  The instigator of this move was said to be the US National Security Advisor, John Bolton. Bolton’s wish to move the USA’s Western Saharan policy in a different direction is well known and he had been critical that MINURSO is expensive and inefficient. It seems that the latest speculation was based purely on his past record on this issue.

A US based source denied that the US wanted anything about human rights monitoring in the resolution, and it was not included in the draft given to the Security Council or the countries in the Group of Friends for Western Sahara (France, Russia, Spain, US and UK).

The Security Council are due to adopt the final resolution on April 29, some of the sticking points may be addressed by amendments or changes at that time.  These points, mostly raised by Germany, Russia and South Africa have been the focus of the majority news reports about MINURSO in recent weeks. However, none of these sticking points are related to Morocco.

Western Sahara is not Algeria’s priority

Algeria continues to be rocked by protests following the resignation of the former  President, Abdelaziz Bouteflika.  The protests developed out of opposition of Bouteflika continuing in the post for a fifth term, yet weeks later there are still protests on the streets. The protesters are demanding a complete overhaul of the political leadership and insist that this will continue until the elite that took over politics under Bouteflika are removed.

The continuing turmoil means that Algiers is focussed on coping with its domestic issues rather than on providing support to the Polisario Front and opposition to Morocco.

The disagreement regarding the length of the peacekeeping mission continues between the US and France.  This follows on from last year when the Western Sahara Friends Committee were shocked to learn that the US wanted to reduce the usual extension of the MINURSO mandate from one year to six months.

Washington argues that there needs to be more pressure to force the parties to the table in order to achieve a settlement as soon as possible.  Paris argues that this has already been effective because the four parties in the conflict (Algeria, Mauritania, Morocco, and Polisario) attended two round-table meetings in Geneva and have been enthusiastic about joining a third.  France argues that the one-year mandate should be reinstated now that all parties are actively involved in meaningful talks.

However, this difference on the duration of the mandate turns out to be a peripheral issue since the Security Council members are looking for more steps to be taken to move forward towards a political resolution of the conflict.  They are looking to avoid the feeling of deja-vu and a lack of movement that constant reliance on draft resolutions and reports promote,  in order to counteract criticisms that the process is stagnating.

Over the last decade the parties did not invest a lot in the political process, choosing to invest energy in resolutions and reports, however the focus will now move toward actual political processes rather than Security Council reports and resolutions on the matter. Of course resolutions will remain relevant but the UN wants to reduce the hype surrounding them and build up confidence in the ongoing political process.