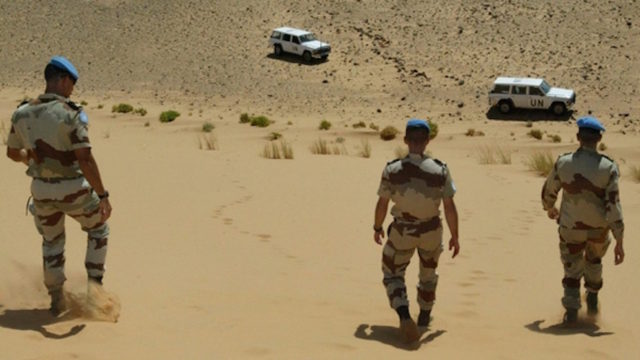 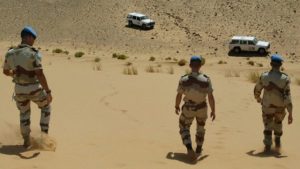 The recent UN Security Council’s Resolution 2486 has been applauded by the European Union. The resolution 2468, which borders on the importance and objectives of MINURSO, has been declared “satisfactory” by the EU after its adoption on Tuesday by a total of 13 members of the UNSC (including four permanent members).

MINURSO is the UN peacekeeping body in the charge of conflict-affected Western Sahara territories. And the adoption means its mandates remain valid for another six months, thus, it will cease to operate by October 31.  The adoption further emphasized on how crucial the mission is to the success of the current political process to create a lasting settlement in Western Sahara.

The main responsibility of MINURSO is to oversee the current situation, while the UN diplomats attempt to build confidence and arrive at the necessary settlements that will get the conflicting parties to consider negotiation.

According to an EU spokesperson, the language in Resolution 264, which confirms the MINURSO mandates’ extension is another significant achievement in the record of Western Sahara.  He said, “MINURSO plays an important role by maintaining stability on the ground to accompany the UN-led political process.”

The spokesperson also mentioned Brussels’ support and acknowledgement of the efforts of Horst Kohler, the UN’s Western Sahara envoy, to restore negotiations and encourage compromise among the conflicting parties. According to her, Brussels also appreciates the resolve of the UN, through Resolution 2468, to stick to a “political, mutually acceptable, and compromise-based settlement consistent with the principles of the UN Charter.”

Morocco has previously mooted a Western Sahara autonomy plan, which is now further supported, though diplomatically, by the EU’s stance.  The adoption of Resolution 2468 has pushed several other nations, including France and US-acknowledged Morocco’s “credible and serious efforts” towards the lasting resolve of the Western Sahara conflict.

While 14 out of the 15 member countries of the UNSC has supported the resolution, South Africa remains the only country taking a contrary stance.  South Africa, a non-permanent member of the UNSC, is a known supporter of Polisario supporter and self-acclaimed defender of “Sahrawi nationalism.”

Revealing the country’s stance on the resolution, the South African amabassador at the UN, Jerry Matjila stated that the move is “biased.” According to him, “it is another example of an African issue being decided by those that are not from the continent.”

The EU is a strong Moroccan ally, as evident on her stances on numerous strategic issues.  Likewise, over the past few months, Brussels has been very supportive of several Moroccan interests, including the recent decision of the country to renew its agriculture and fisheries understandings with Rabat, thus ignoring the call of pro-Polisario circles to boycott the same.