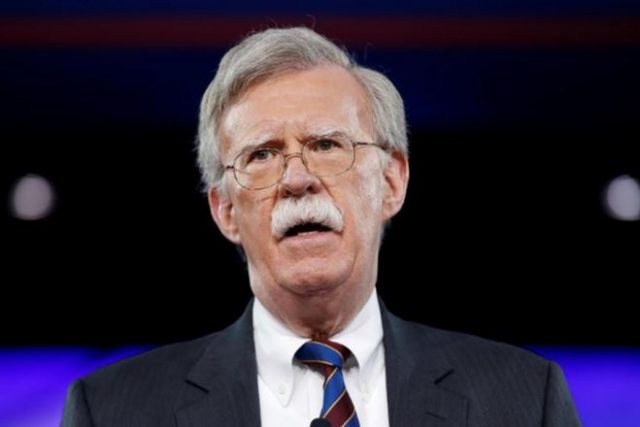 On Tuesday, September 10, President Donald Trump had posted in a tweet that John Bolton has been dismissed and was no longer needed at the White House. John Bolton was well-known for his undiplomatic and harsh diplomacy practices.

Just as expected, the tweet from Trump went viral in just a few hours. Analysts and reporters were all trying to figure out why the unceremonious dismissal of Bolton by a president that he had shared many views with, especially when it comes to the foreign policies which included that believing that being tough is something that is needed to end the problems of the world.

Trump has been really clear about the reason behind his choice by stating that he disagreed with most of his suggestions along with other people in the administration.

According to the New York Times, there was a rift between Bolton and President Trump, mostly caused by his policies and personality. The president did not like him, and that is something that can cause issues while working in the White House. This is some of the first insights received after the quick dismissal of Bolton from the Trump administration. It was after this that analyses and commentaries came to state the fall of Bolton from Trump’s grace.

Just hours after Bolton was dismissed from the Trump administration, the disagreement with Trump on items like North Korea and even Afghanistan was what provided the best background for an immediate dismissal that would have seemed expected yet surprising.

This was a relationship that would not last. Bolton and Trump hardly ever seen eye to eye on global areas. Bolton had much different views when compared to Trump who has an America First type of attitude, especially on matters like North Korea, Afghanistan, and Iran.

Even though this is something that can answer the “why” aspect of why Trump decided to fire Bolton, it does not really answer why it had to happen now, especially with there being a development that seemed to be a Bro-mance that was combined with greatness and toughness as being a defining feature for there to be a “winning American” beside North Korea, Iran, Russia and China as well as other types of challenges.

From all of the reported fallouts that came with many disagreement stories between Bolton and Trump, many may have bet that Trump would fire Bolton like he did. The tough guy routine from Bolton and the pro-Israel stance on many Middle East issues spoke to a lot of the Republic government. Trump truly believed that Bolton was a great asset for his foreign policy.

According to Axios, the President had believed that Bolton was a powerful asset and helped to give him many psychological advantages over Iran and North Korea.

The report had went on to talk about how the President believed that Bolton’s presence was a reminder that the refusal to fall in line would come with a promise of tough economic sanctions, air strikes or invasions. Bolton was basically a life jacket for Trump when it came to foreign policy.

Now the main question is why fire Bolton now? According to Julian Borger of the Guardian, Bolton only wants to break things while Trump is looking to build his legacy. Bolton had aggressive and isolationist methods that often caused Trump to fail when it came to diplomatic breakthroughs that were desired with Afghanistan, Iran and North Korea.

The Bolton Effect and the Moroccan Sahara

The one thing that is in common for all of these think pieces, in-depth reports, and post-dismissal analyses is that they all agree on what people have been calling the Bolton Effect. This idea states that Bolton’s preferences for havoc and chaos over peace negotiations and diplomacy. Trump has even stated that Bolton would want to take on the whole world, on person at a time.

While North Korea, Iran and the Taliban are key parts, and the most common reasons for disappointing Trump Bolton, the Bolton effect went beyond the boundaries of these three foreign policy challenges. Bolton has had a significant impact on Western Sahara, which is not mentioned, and may neglect in almost all comments since his brief resignation. The obvious reason, at least for the key files currently on Trump’s security agenda, is that Western Sahara is not as important as any of the three alleged reasons in the White House or Pentagon offices. However, an argument of this type does reflect moods located in Washington, there is something missing in recent Bolton effect effects. Bolton’s career as a high-ranking US official and later as a UN diplomat could not be considered complete without this more recent episode in the Western Sahara.

According to Bolton’s own statements, he is one of two American diplomats who are associated outside the diplomat with Western Sahara. This was clearly explained in his speech on the new strategy for Africa last December. Although the “strategy” consisted of what the US intended to do to stem the growing influence of China and Russia in Africa, Bolton assured that Western Sahara was at the center of American “African” Security Advisor. He said he was “frustrated” with a twenty-seven-year “ineffective” ceasefire without a referendum. He continued in QVisible effect

The most visible effects of the Bolton effect were felt, however, when the UN Security Council abandoned the tradition of extending the UN peace mission for a year. Bolton insisted on a six-month extension, arguing that “strong pressure” on all parties to the conflict would lead to faster results. Bolton sees MINURSO, the UN peacekeeping mission in Western Sahara, as “wasteful” and “inefficient,” and the entity could not expect a friendly breeze until Bolton dictated most of US security policy. Since the Bolton nomination in March, many conflict-related activities have been conducted in Western Sahara at the UN and the State Department, “New Yorker said at the end of December.

The article had stated that Bolton had been heard saying, that there were only two people who have focused on the Western Sahara: one Jim Baker, and the other Bolton. He thought this should put a lot of pressure on everyone involved to see if they can’t. This, according to other New York Reporter respondents, corresponded to the dose of Bolton effect in Western Sahara.

The basic message was clear: Bolton was the brains of the US transition to MINURSO, and his policy of maximum pressure on the parties to the conflict went away with a radical promise that things on the Western Sahara front would develop rapidly and noticeably.

In Bolton’s recognizable cold pragmatism in Western Sahara, Morocco was the obvious culprit for all the evil in the conflict. Morocco, which is owned by almost all Western Sahara, is lucky to remain so and expects actual control over time to turn into legitimate control, “said Bolton in a 2007 article that focused primarily on the failure of the baker to anger the plan for Western Sahara, a resolution he sponsored in 2003 with James Baker, the UN’s ambassador to Western Sahara at the time. While Pro Polisario stores welcomed Bolton in March last year, Rabat was on the verge of knowing Bolton’s sympathy for the opposite camp. For a large number of Moroccan analysts and decision makers, Bolton’s presence at the higher levels of US security machinery has been a source of uncertainty and even concern. Bolton hung wildly above Rabat like Damocles’ sword. While Iran, Afghanistan and North Korea were the main reasons for Bolton’s spontaneous withdrawal, Morocco considers itself to be an accidental beneficiary of the move – Bolton’s dismissal – which, although apparently unrelated to Western Sahara, had a huge impact on the direction of the upcoming MINURSO Discussions in October.

Among the recent events in Western Sahara, Washington clearly prefers Morocco’s proposal of autonomy over the Polisario Front’s pressure on the state to strengthen Bolton’s determination to hold a referendum on self-determination. In a recent report that caused problems in the pro-Polisario camp, the Wall Street Journal, in the light of the benefits and limitations of the Bolton effect in Western Sahara in recent months, talked about how frustrated enthusiasts of self-determination must be for Bolton’s sympathy. Independence activists in Western Sahara were delighted when they saw you Bolton is a potential lifeguard. Moroccan officials are afraid that this is too favorable for those who want to create the latest country in Africa, “reads the article. Bolton then later started to quote a Pro-Polisario activist, Hmad Hommad from Laayoune: “We depend on him, we value what he does for the people of Western Sahara, and we will be good friends of the United States.

“And then, when he turned to pragmatism, which is reflected in the foreign prophecy, the article ended with the words: “But those who want to raise their flag over the independent Western Sahara will probably be disappointed with the Trump administration.” But with Bolton the separatist front lost not only followers, but also one of the loudest, most passionate heroes with the right links in the right places.