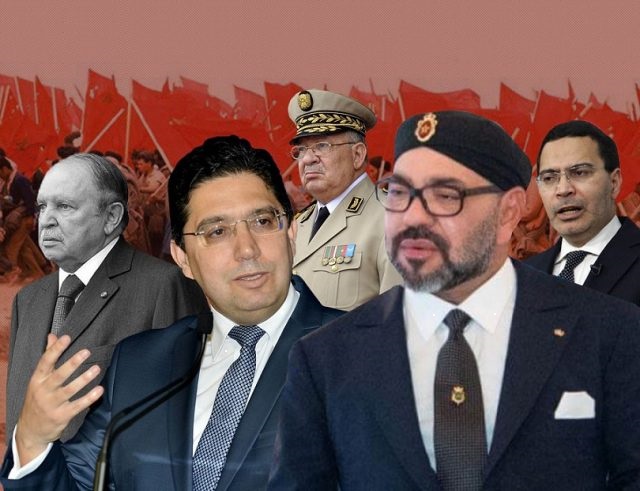 After peaceful protests lasing eight weeks the Algerian people have managed to bring about the end of the political vacuum that has existed in their country over the last six years.  With the resignation of President following a period of ill health, it seems that an important step has been taken and political life can move forward into what many see as a new political future for the country.

Bouteflika’s resignation has led many to feel upbeat about Algeria’s political future and foreign policy to the point of speaking of a new era for the country.

Algeria’s neighbour, Morocco, has been silent regarding Algeria’s domestic issues, and it now seems that with Bouteflika’s resignation the political relationships between these two powers could change.  The Moroccan people have been impressed with the peaceful movement that brought about his end and on social media the feeling is hopeful that this may herald a closure of the rift between Morocco and Algeria and increase the likelihood of a political solution to the conflict in Western Sahara.

The removal of Bouteflika has given a glimmer of hope for those who have been waiting for an improvement in Moroccan-Algerian relations, with the hope that the two powers can finally work together to resolve the issues that have led to a 50-year long closure of their borders.  The dream is that the path is now open to allow the unification of Maghreb.

However, many others still believe that this is over-optimistic and that a resolution is not likely to be forthcoming any time soon.  There is a long history of confrontation in the region, with key areas remaining a focus of disagreement, not least the Western Sahara.  This is unlikely to be something that is resolved overnight.

Bouteflika’s anti-Moroccan stance is well known, yet essentially he was just the public face of the political elite that remains in power.  These people still see Morocco as a threat to the Algerian state.  They will continue to work with the army as they have done over the last 50 years,  in order to maintain their pivotal role in Algeria’s political arena.

It is essential not to forget that the army rules Algeria, and this must be taken into account when looking at the country’s politics, future and especially in the future nature of relations with Morocco.  The army will be the body that decides upon Bouteflika’s replacement, therefore his removal can only be seen as a symbolic victory.

Army’ not ready to give up its power

The army demonstrated it’s influence by forcing President Bouteflika to stand down.  Article 102 of the Algerian Constitutions states that a president should be removed by the Constitutional Council if he is not healthy enough to continue in his role.  This was invoked by Genera lAhmed Gaid Salah, the Army’s Chief of Staff.

Salah was the one who first put forward the idea of using the Article despite the fact that it is ultimately the duty of the Algerian Parliament to announce it following a request by the Constitutional Council, and it should be passed by Parliament with a two-thirds majority. It is clear that the Army still plays a central role in Algeria’s political life.

In effect the removal of the Algerian president was a peaceful military coup rather than a democratic act.  The president was removed when the chief of staff turned against him, therefore, it is not likely that the current political movement will lead to any kind of democratic transformation in Algerian politics.

Gaid Salah decided to back Bouteflika into a corner, forcing him to step down based on his own desire to save the regime.  It did not come of a wish for democracy or out of any solidarity with the demonstrators.

Before Bouteflika’s resignation, Gaid Salah, along with other loyalists,  had supported his decision to stand for the Presidency for a fifth term.  However, once it became apparent that the people were determined to end his rule, it was then that Salah started to call for the government to act.

Salah was hoping that the Algerian people would believe him to be sympathetic to their demands and that he would be seen as a hero for removing Bouteflika and his entourage, thus preserving the stability of Algeria.

The Army has been running Algeria’s domestic and foreign policy since the country gained independence in 1962.  In fact, of five presidents, three came from the Army.

In 1999 Bouteflika was elected, and despite being a civilian, he was only able to retain power due to the support of the armed forces who in 1992, also acted against  Islamists who were close to taking power after the elections.

The army is still very much in control of Algeria’s political infrastructure and as long as this is the case the likelihood that the relationship between Algeria and Morocco will improve is low.

When the Algerian Army was established over 50 years ago, it began to pursue the aim of weakening Morocco.  This was partly in response to its own humiliation in the 1963 Sand War.  The existing political conflict over the Western Sahara and Algeria’s continuing support for Polisario has continued for over 42 years and is essentialy a means to and end – the end being the continued weakening of Morocco.

In 1992, President Mohamed Boudiaf was assassinated.  The Algerian army had frowned upon his willingness to look at improving relationships with Rabat and what they saw as his closeness to Morocco particularly since Boudiaf had lived in Morocco for over 30 years before he returned to Algeria.

His assassination was investigated and it was deemed to be an isolated incident, however, it does seem likely that this was the price he paid for looking to rebuild Algeria’s relationship with Morocco.

The official version of events, as put forward by the Algerian Government has been repeatedly challenged by Boudiaf’s son, Nacer, In June 2012, Nacer was interviewed by Le Matin D’Algerie where he accused the armed forces of being involved in his father’s death.  He has often stated that his father may have been killed by the people who had previously supported his presidency.

Nacer Boudiaf reports that his father had been in disagreement with high-ranking members of the army before attending his son’s engagement celebrations in Morocco, having refused to cancel the trip.

A psychological barrier that is hard to overcome

The events of the last fifty years have lead to a huge psychological as well as a political barrier between the two countries.  It would certainly be unlikely that this mistrust, lack of cooperation and disagreement will be wiped out by the ousting of one President, or that we are likely to see a reconciliation between Morocco and Algeria as a result.

Successive governments have continued with the rhetoric against Morocco and Bouteflika presided over much of this. In fact his first official speech as President back in 1999 was used to hit out at Morocco.  He reiterated that the humiliation that the army had experienced in 1963 had not been forgotten.

Even if the army was no longer in control there are no guarantees that the elite that has been at the head of government for the last 50 years will be able to wipe out all of the anti anti-Moroccan sentiment that has emanated from Algeria over decades.

As events continue to develop after Bouteflika’s resignation there is nothing to suggest that the political, military, and business elites in Algeria have any intention of giving up something that has been so beneficial to them over the last five decades.

Bouteflika’s replacement, Abdelkader Bensalah, was his long time supporter. The regime could also see support from other countries like Saudi Arabia and the United Arab Emirates who have consistently opposed any movement towards democracy taking place in the Arab world.

It would take a miracle for the oligarchy to freely give up power and privilege in order to benefit the country or it’s people.  It may be that they will simply follow the example of Egypt and Libya and hijack the Algerian people’s demands for their own ends.  Of course, this means that the policy towards Morocco will not changed.

On the other hand, the last 10 years has seen many attempts by Morocco to connect with Algeria; the latest being by King Mohammed VI in November last year,.  Speaking at the 43rd anniversary of the Green March last November, he offered an open and meaningful dialogue with Algeria, which would be free of any preconditions and undertaken in good faith.  The offer was not well received by Algeria.

In 1994, Morocco accused Algerian Intelligence for a terrorist attack in Marrakech and imposed visa restrictions.  In fact, Algeria had denied the attack and the accusations had deepened the rift between the two countries. Perhaps an expression of regret could be a further indicator of the country’s good faith.

Whatever the Moroccans offer in terms of good faith discussions with Algeria, it is not likely that any improvement in relations will occur until the Algerian elite move forward in their own attitudes towards Morocco.  If they are prepared to move past resentment of Morocco, will accept that Morocco played a key role in Algeria’s fight for independence and stops using the conflict over Western Sahara as a way to weakening Morocco, then maybe things could move forwards. At this time, this does not seem to be on the cards.

Both countries have common threats, they have people with similar aspirations, a wish for democracy, stability and prosperity and the ability to move freely.  Until the elite in Algeria realise this then these goals will not be achieved. Morocco and Algeria need to work together to achieve a unified Maghreb.  If achieved this powerhouse would become a global force.

To date, nothing there is nothing to indicated that the elite in Algeria wants to open any kind of new relationship with Morocco.  It certainly shows no sign of admitting any culpability in prolonging the conflict in Western Sahara.  It is doubtful that Bouteflika’s resignation will result in any real change in relations between the two countries or a resolution of the issue in Western Sahara.