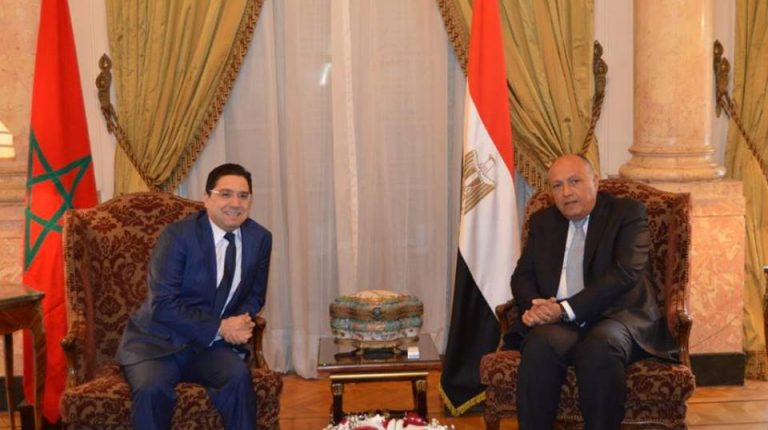 Despite the speculation that bad blood exists between Rabat and Cairo surrounding the issue of Egypt’s stance on Western Sahara, this is not the case according to Egypt’s Ambassador who has strongly denied that his country will be backing self-determination claims put forward by the Polisario Front.

Speaking to Moroccan outlet Le 360, Ambassador Achraf Ibrahim was clear that this was not the case and firmly stressed that his country certainly did not back Polisario.  According to Le360, Ambassador Ibrahim said that Cairo has never and not recognize the Polisario Front.

Egypt looks to reclaim its past prestige

Last year saw the revolving African Union Presidency fall to the Egyptian President.   Abdel-Fattah el-Sissi will be in post for the 2019-2020 term of office.  At the time it was feared that this would see Egypt undermine Morocco’s progress within the AU after returning to the body in January 2017.

This fear was based on Egypt’s perceptions that Morocco was not supportive when President el-Sissi rose to power through military action in 2013, which saw the removal of the democratically elected President Mohamed Morsi.

President el-Sissi, had made some statements concerning Western Sahara which were interpreted as a lean towards supporting Polisario and self-determination in the region.  It was feared that he would use his leadership of the AU to work against Rabat.

This fears were fuelled by a belief that Egypt would also reclaim both the African leadership and MENA position. The argument was that Morocco is now established as a leading and potentially indispensable player on the content but that Egypt’s aspirations in the area mean they would seek to undermine this growing influence of Morocco.

The news that a delegation from the Polisario had been present at an AU conference held in Egypt served to reinforce the belief that Egypt was setting a course to undermine Rabat’s overtures in Africa.  Morocco’s most sensitive political and diplomatic issue is the situation in Western Sahara.  This affects them on both the world and the African stage and is often a red flag raised to challenge Moroccan interests by corporations, companies and nations.

However, according to Ambassador Ibrahim, this is not the case.  He stated that the attendance of the Polisario delegates at an AU meeting in Cairo was not significant.  He also argued that as the Chair of the AU, any country becomes slightly restricted in what it can do on a continental level.

However, the AU at present does recognise the Polisario’s SADR and it is likely that even if Cairo is not supportive of the self-style Western Saharan government, they do not want to cause any controversy within the AU.    However, Ibrahim was clear that as far as the Western Sahara is concerned, Egypt had not wish to cooperate with the Polisario.

Ibrahim was keen to focus on the strengthening relationship between Morocco and Egypt who are both looking forward to a visit to Cairo by King Mohammed VI something that Bourita discussed with Sameh Shoukry, Egyptian Minister of Foreign Affairs in a visit to the country in January.