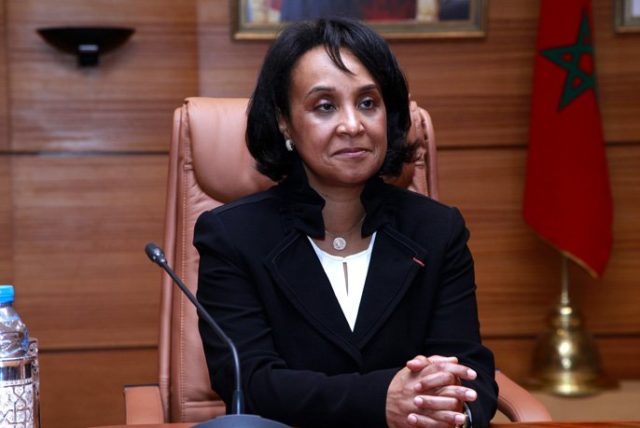 According to Mounia Boucetta, Morocco’s State Secretary for Foreign Affairs, the adoption of the Resolution 2468 by the UN Security Council will quash any impractical or unilateral way forwards mooted by the perceived “enemies” of Morroco’s territorial integrity.

Speaking at the House of Representatives on Monday, May 6, Boucetta further labelled the new resolution as ‘an additional evidence to the sincerity of Morocco’s stance in the UnN-led process; pragmatism, durability, and compromise-inclined are must-have properties of any proposed political solution for Western Sahara.

She also emphasizes on the official stance of Morocco on the conflict, stating that the only solution that doesn’t contradict the resolution of the UN Security Council is the autonomy initiate.  The official also mentioned that Morocco’s cause on the Sahara has been proven to be positive and important, particularly the “validation of the Moroccan approach in defending the legitimate rights of the kingdom and the various aspect of the position of Morocco and its effective commitment to finding a solution to this artificial conflict.”

While praising the positive position of the international community with regards to the autonomy plan and Morocco’s efforts towards the same as “serious and credible,” Boucetta also mentioned that the new resolution has successfully put names behind the aggrieved parties involved in the artificial disputes rocking the region.

The new resolution urges all parties involved to participate in a political process coordinated by the UN – a move that is expected to facilitate the work-out of mutually favorable political solution to the situation.

Algeria was mentioned five times in the resolution – a development that last occurred in 1975.  In her words, “the Security Council recognizes that a strong, continuous, and constructive involvement of Algeria is necessary to put an end to this long-running regional dispute.”

The aftermath of Boucetta’s revelations include strong reactions from the Permanent Ambassador of Morocco to the UN, Omar Hilale.  Hilale accused Algeria of being the creator of the Polisaro Front, while offering arms to the separatist front and spearheading “diplomatic campaigns” to truncate the territorial integrity in Morocco.

However, applauses have continued to trail the “new momentum” the Western Sahara political process is witnessing, notably from foreign diplomats.  The move restores hope on realism and compromise, and the possibility of arriving at politically-feasible solutions that will eventually resolve the long-standing disputes.

Other UN diplomats have reiterated the stance of their Moroccan counterparts, citing genuine and serious political will as the only key to build lasting trust and compromise in Western Sahara.

While reacting to the adoption, Annie Gueguen praised the Morrocan autonomy initiative and called for the continuation of the discussions by the four parties involved, while maintaining a constructive approach and the readiness to arrive at a “realistic, pragmatic, just, lasting, and mutually acceptable political solution, in line with the resolutions of the security council.”