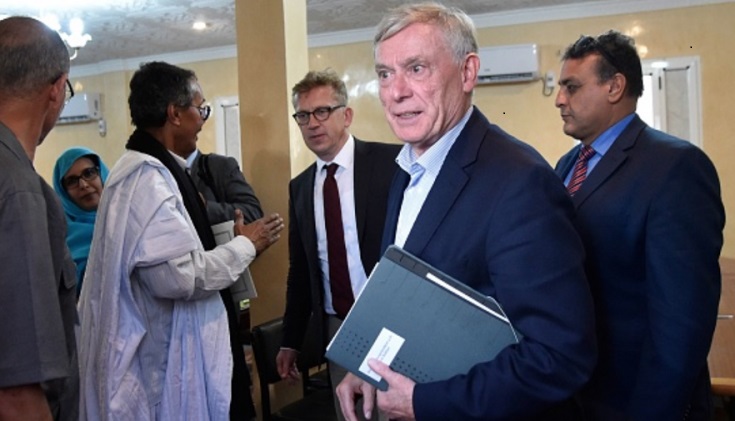 Horst Kohler who serves as the personal envoy of the UN Secretary-General for Western Sahara as declared that he plans to hold a third round table meeting using the old format.

While reading his statement to the press, Kohler stated that based on the Security Council resolution 2440, he invited representatives from Morocco, RASD, Mauritania and Algeria, which they honoured, during the second round table meeting that held on March 21st to March 22nd besides Geneva.

Kohler stressed that the delegations showed courteous and open commitment to the meeting as well as provide an environment of mutual respect. Also, the representatives lauded the recent momentum established during the first round table meeting which held in December of the previous year. Consequently, they promised to support the process in a committed and respectful way. In addition, the representatives had a unanimous agreement to enhance trust even more.

He gave further explanation, claiming that the representatives discussed deeply concerning a way to attain a mutually agreeable political resolution to the matter of Sahara – a solution that will be lasting, practical, compromise-oriented and viable based on the provisions of the recent Security Council Resolution 2440.

As a result, there was an agreement to continue the meeting to recognise the components of convergence. Furthermore, they collectively agreed that a solution to the matter of Sahara would help the Maghreb as a whole. Also, the representatives recognised that the region is particularly responsible to come up with a solution. He concluded that the delegations had lauded the Personal Envoy’s plan to re-invite them to a meeting using the previous format