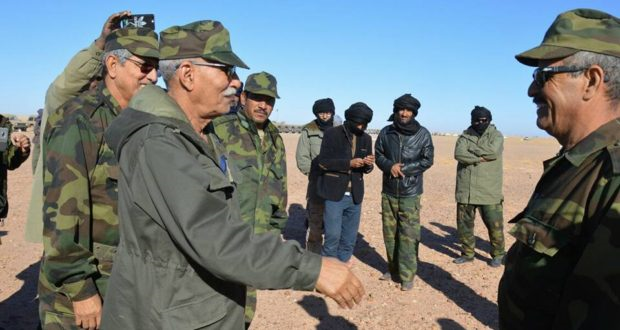 A press release came from ASADH, (Sahrawi Association for the Defense of Human Rights) applauding the decision by the highest court in Spain to continue investigating 23 members of the Polisario Front.  They are accused of human rights abuses in the Tindouf camp, Algeria.  Another 4 Algerians are also being investigated.

These individuals have been accused of violating the human rights of the Sahrawis living in the area.  The ASADH gave its full support to the action and expressed confidence that those who are guilty will eventually be convicted and sentenced for their crimes.

The group stressed that no one could expect immunity for the human rights violations that have taken place in the secret Polisario prisons in the area around Tindouf.

A list of those being investigated includes the leader of Polisario , Ibrahim Ghali.

Back in 2007, a complaint was heard by the same Spanish court.  In this complaint Ghali was accused of genocide, detention and torture.  The case was reopened in 2016 by the Audiencia National, the highest court in Spain.

The main complaints occur during 1978-1991 when Ghali was heading the “Sahrawi army”.  It is said that he was involved in murder, torture, disappearances and genocide during this time.

One victim claimed that he had been imprisoned for a total of 6 years between 1974 and 1980.  According to news outlet El Diario, this individual saw Ghali’s personal involvement in the torture of 6 people, with other citizens of Algeria and Polisario Front members involved.

Further charges include terror attacks that are said to have been carried out against Spanish Citizens.  This involved Polisario members, and took place in October 1974 in Laayoune.  The Polisario Front attacked conveyor belts at the Phosboucraa site, to try and stop phosphate mining in the area.

Lucia Jimenez,  President of Canarian Association of Terrorism Victims (Acavite), was received by the Spanish King Felipe VI back in January 2018.  Jimenez informed the king that the Polisario had launched an attack against citizens of Spain.