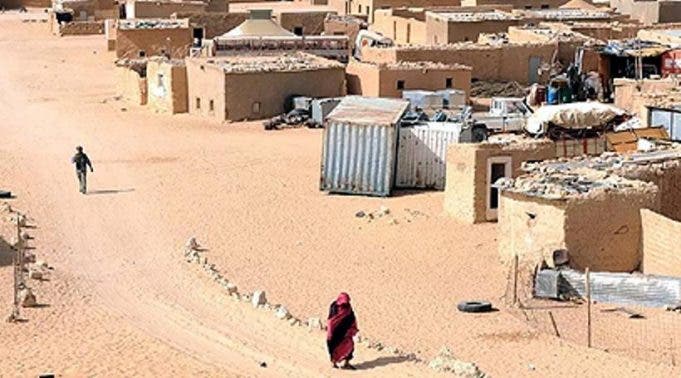 The Tuareg people constitute more than 80% of the inhabitants of the Tindouf camps run by the Polisario Front. The camps harbor the Tuareg people as well as immigrants from different countries across the Sahara Desert, such as Algeria, Chad, Libya, Mali, and Niger. This report comes from Hamada El Bihi, a former member of the Polisario who narrated his 40-year harrowing experience in Polisario-run camps in Tindouf, Algeria.

El Bihi, who was hitherto a staunch supporter of the Polisario, claimed that the population of Sahrawi, who originated from Es-smara, Laayoune, or Boujdour, is less than 20% of Tindouf camp residents.

In an interview he granted the Maghreb Arab Press (MAP), El-Bihi, who is now the president of a Laayoune-based human rights organization known as the Sahara League for Democracy and Human Rights, added that the remainder of the Tindouf residents is Tuaregs and immigrants from neighboring countries like Chad, Mali, Mauritania, and Niger.

Commenting on El Bihi’s remarks in an interview he granted Morocco World News, Mustafa Salma Ould Sidi Mouloud, who was a former Polisario member, said: “geographically, the eastern and southern regions were battlefields in the Sahara conflict. The Sahara did not have large cities. Most of the residents were nomads. The colonial division divided the Sahara between France and Spain, which lead to the division of Sahrawi tribes between Morocco (Oued Noun), Algeria (Tindouf), and Mauritania.”

According to Mustapha Salma, “when the conflict began and Mauritania sided with Morocco, and Algeria with Polisario, people traveled from Algeria, from northern Mauritania, and southern Morocco, joining their relatives in Tindouf and creating what the Polisario Front calls as ‘the Sahrawi people.” He went on to say; “The population includes tribes from the region, especially the Rguibat tribe, which is the largest in the Sahara region.”

“The population of the Tindouf camp is also divided into two: Sahrawis of France and Sahrawis of Spain. The identification process conducted by the United Nations stood at a figure of just over 84,000 voters, divided equally between the southern provinces and the camps,” said Mustapha Salma.

He stated that; “If we consider that the camp’s population represents half the number and we deducted those who came to the camps from Mauritania and Algeria,” he estimates the number of inhabitants from Sahrawi origins at one-third.”

Narrating his experience, El Bihi, a 2014 returnee from Morocco, revealed the Polisario’s strategy of manipulating and inflating the population of the total inhabitants in the Tindouf camps to “perpetuate this conflict and obtain more aid from donor countries and international organizations.”

El Bihi claimed that he was denied the right to vote in elections throughout his 40 years of stay in the camps. He also recollected tragic scenes of oppression, arbitrary arrests, and forceful detention of opponents and human rights activists.

The human rights activist recalled the illegal arrest and detention of a 70-year old man without any iota of respect for his age.

El Bihi described how armed bandits from north Mali kidnapped Mohamed Salahi, a civilian, who was eventually detained by the Polisario.

Since his incarceration, Salahi’s family, in collaboration with human rights activists, have been calling for his unconditional release.

The Polisario Front and Algeria, its sponsor, have been severally accused of aiding embezzlement, as the camps have been ravaged by malnutrition and various degrees of infectious diseases.

After a thorough investigation into the pathetic condition of the camps, the UN Secretary-General, in October 2019, published a report which awakened the hope of the oppressed and victims in the camps. Regrettably, the suffering inhabitants have yet to get a reprieve.

El Bihi criticized the Polisario and Algeria for rejecting the call for a population census in the camp, turning a deaf ear to the “pressing calls by several international organizations.”

The former Polisario member deplored the brutal manner in which tens of thousands of Tindouf residents, including men, women, and children, are forcefully detained and abused in the camps by “the gang of separatists who made this a real business.”

For El Bihi, the Polisario has been “selling” lies to perpetuate the tension to achieve its evil aim with strong backing from Algeria.

“These two parties have no will to resolve the Sahara issue because they have no interest in doing so, unlike Morocco, which has expressed a serious ambition to close this dispute definitely,” affirmed Al Bihi.

With the lingering accusations and hostile disposition of Algeria, there is no hope of a reconciliation between Rabat and Algiers soon.

The Algerian government ignited tensions with Morocco, making aggressive comments aimed at one of its diplomats in Oran. Recently, a spokesman of the Algerian government alleged that a Moroccan diplomat in Oran was spying for Morocco’s intelligence community. Morocco vehemently denied the allegation, dismissing it as “ridiculous and baseless.”

El Bihi, a Sahrawi man who regained freedom after 40 years of anguish in the camps, urged Moroccan citizens who are forcefully detained to unite and rise against the “corrupt” administration of the Polisario Front to regain freedom.

He also implored Moroccan media to keep disproving “propaganda” being sold by the Polisario Front, which is being backed by the Algerian regime.

He revealed that people rising against the Polisario Front are made to face unjust trials before “military courts,” an act which violates international law and conventions.

El Bihi, who has tabled the pathetic situation of Sahrawis in Tindouf before the United Nations, particularly the 4th UN commission, decried the “silence” of international organizations to the “fear and repression created by the separatists.”