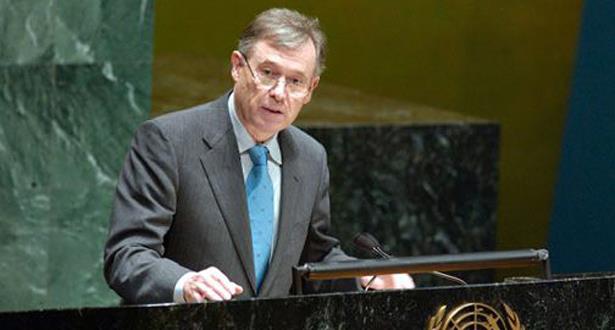 Algiers has expressed its deep regret at the news that the UN Envoy for Western Sahara, Horst Kohler, has resigned.  Algeria has confirmed that it has always seen Kohler as a key player and serious broker in the process for resolving the conflict in the Western Sahara.

The unexpected announcement was met with shock by analysts and observers of the situation in Western Sahara. The UN Spokesman, Stephane Dujarric, announced the decision on Wednesday confirming that Kohler, now aged 76, was standing down for health reasons having decided that he could no longer keep up with the extreme pace and workload needed.

Kohler has been dedicated to bringing those who have been on opposite sides of the Western Sahara conflict for the last four decades together around the negotiating table.  It has been a difficult task to continue the impetus, keeping the parties around the table and attempting to find a long lasting and robust settlement for the region.

Algeria and Morocco both shared their thoughts on the subject as soon as the resignation was made public, echoing the gratitude expressed by the UN Secretary General.

In a statement on Thursday, Sabri Boukaddoum, the Algerian Foreign Affairs Minister expressed the country’s regret at losing such a skilled diplomat, drawing attention to Kohler’s approach which, he said, led parties to the dispute towards a new confidence in a peaceful resolution.

At the same time, Algeria’s statement also took the opportunity to reiterate the country’s position towards Morocco’s autonomy plan by promoting its own commitment to a self-determination referendum in the region.

Algeria is still convinced that self-determination is the only viable solution and the only way forward that conforms to the international consensus on decolonization.

This is in direct contrast to recent UN resolutions and their recommendations for the future of the region.

The latest UN resolution, number 2468, specifically calls for a political solution and asks all parties, including Algeria, to drop calls for the referendum and for self-determination in Western Sahara.

The key focus of the UN is now compromise and a move towards a realistic solution which in itself seems to exclude the whole idea of a referendum on the issue of self-determination.

However, Algeria seems to be clinging to its old policy which raises questions for the incoming UN envoy.