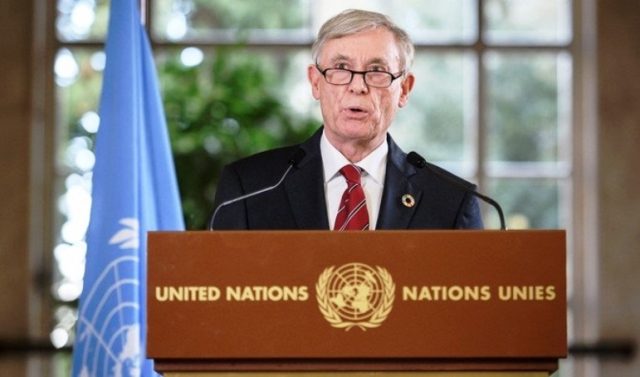 The UN have announced the resignation of Horst Kohler.  Kohler, who has been the UN Secretary General’s Personal Envoy in Western Sahara stepped down on Wednesday.  The UN Secretary-General was informed by  Köhler that he needed to relinquish the rôle because of ill health. He expressed his  best wishes for Mr Kohler. In a statement, Mr Guterres said that while he regretted the loss of his envoy in the region, he fully understood why Mr Kohler had needed to take a step back.

In addition, he expressed his gratitude to Mr Köhler, speaking of his consistent and robust efforts in Western Sahara which had brought about a new momentum in the search for a political solution.

Guterres also praised the neighbouring states for their work in helping Kohler in his rôle.

Morocco has noted his resignation with much regret and the Kingdom paid tribute to him for all of his efforts to move the political process forward in Western Sahara.

The Kingdom praised his professionalism, availability and steadfast dedication to duty that he had exhibited since first taken on the rôle in 2017.  And restated its  continued support for the UN involvement in settling the continuing regional dispute in the  Sahara.

Morocco further confirmed its ongoing committent to a long-standing political solution to the regional problems, its willingness to be realistic and make compromises.  It restated its belief in the Moroccan Autonomy Initiative.