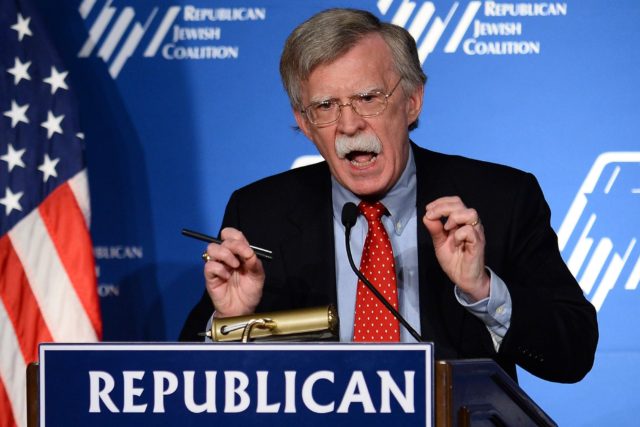 An initiative proposed by John Bolton, the has apparently been thwarted by Morocco. Bolton was seeking to adjust the UN peacekeeping mission in Western Sahara (MINURSO) so it would start to monitor human rights in the area.

Sources within the UN spoke to 2M, Morocco’s state-owned TV station, stating that the US had outlined the first draft of a resolution intended for the UN Security Council.  The draft resolution has already been presented to the US, the UK, Spain, France and Russia, collectively known as the Group of Friends on Western Sahara.  These UN sources confirmed that John Bolton had been putting pressure on the group to look at the issue of human rights in Western Sahara and the rôle of MINURSO.

2M confirmed today that Morocco had intervened diplomatically both inside the UN and outside, and had thwarted Bolton’s moves backed by both Russian and France.  The US, as the author of the resolution will be presenting a new draft to the Group of Friends imminently.

On 29th April the 15 members on the UN Security Council will hold a vote on this resolution, the aim of which is to extend the mandate currently held by MINURSO in the region.  This will include powers to monitor human rights, and allow for UN delegates to visit the region periodically.

The Russian Minister of Foreign Affairs, Sergey Lavrov met with his Moroccan counterpart to discuss the plan, which led to Russia’s stance on Bolton’s resolution.  The Moroccan Minister of Foreign Affairs Nasser Bourita used the meeting to affirm Morocco’s position that only their Autonomy Plan will be able to end the current conflict in Western Sahara.  Sources within the UN believe that the meeting with Morocco had led to Russia’s neutral stance.

Speaking last year at an event in Washington, D.C., Bolton expressed his frustration that the conflict in Western Sahara was still continuing after 27 years, even with the UN Peacekeeping Force.  His position was that this was unjustifiable and that the Saharawi people and the governments of Morocco and Algeria must be able to find a way to finally resolve this situation.

In 1991, the UN created MINURSO as a peacekeeping operation.  Formed under Resolution 690 its goal was to monitor the ceasefire between Morocco and Polisario and to ensure that their respective troops remained in specific locations.  The area was then to prepare for a referendum.

In October, 2018 the mandate of MINURSO was extended by the security council for another six months, this is likely to be expended for a further six months at the UN Security Council meeting on 29th April, 2019.