The Moroccan authorities reject the allegations made... 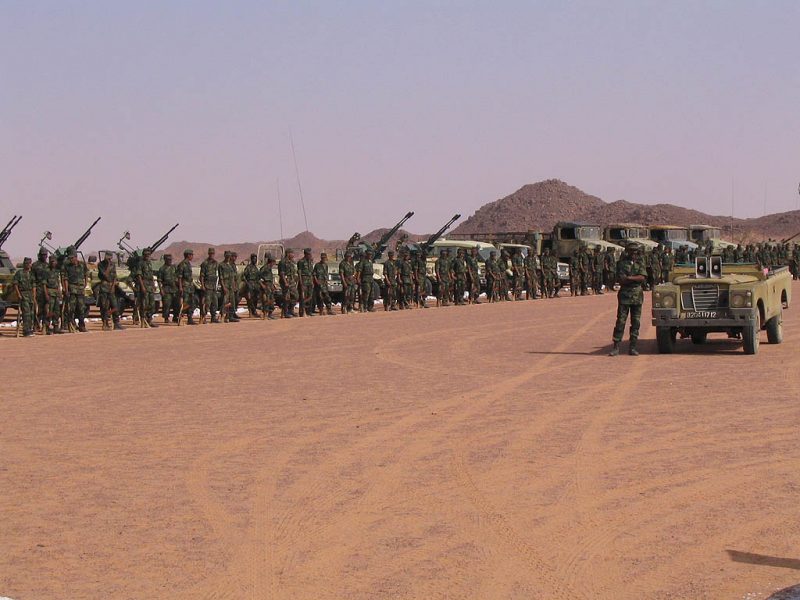 Despite being transferred to a hospital in the city of Rabouni for emergency treatment, the two men succumbed to their injuries, sparking the protests.

The pro-Polisario news source Futuro Sahara corroborated other media outlets’ reports that the two Sahrawis had died at what they termed an “illegal excavation site”, but also alleged that their causes of death were still unknown.

A fellow Sahrawi prospector in the same region, however, has stated that the two men died from smoke inhalation. He decried the killings, stating that Algerian authorities should arrest, imprison, or fine unauthorized gold miners instead of immolating them.

He also believes that the Polisario needs to open up avenues of exploration for young Sahrawis, so that they are “not expelled” by outside forces like the “Mauritanians” or “burned by the Algerian army.”

“We are not in Burma or Bangladesh in order to be treated in this manner,” he said.

The majority of the Sahrawi people are unable to find paying work outside of Tindouf: the resultant economic paradigm has led to many desperately turning to more illicit means to provide for themselves and their families – illegal gold mining being just one such avenue.

For years prospecting for gold in the region has been prohibited by law: it carries punishments of hefty fines and/or prison sentences for those directly caught by the authorities.

The United Nations High Commissioner for Refugees [UNHCR] believes that there are an estimated 90,000 Sahrawi refugees in the Tindouf refugee camps: Awserd, Boujdour, Dakhla, Laayoune, and Smara.

Living conditions within these camps are universally considered deplorable – humanitarian crises such as malnutrition and anemia, illnesses, rights violations, and diseases run rife among the more vulnerable members of the camps’ population, according to a report made by the UN Secretary-General. Medical supplies and immunizations are also always in “[chronically]” short supply, and the lack of materials has been described as being a “challenge”.

The report also states that UN and NGO organizations in the area suffer from a critical depletion of resources, and that they have budgetary deficits that limit their capabilities and effectiveness: in an accumulated total, the UNHCR, UNICEF, and WFP possess only 58% of their needed resource quotas for their 2020 programmes.

Freedom of movement for the Sahrawi people has been severely limited by the Polisario, which has resulted in protests in Tindouf over the increasingly draconian levels of restrictions being enacted. Additionally, the amount of motorized transport they allow to leave the camps is limited for weeks at a time, and a list of identities is always provided to the Algerian security services upon their leaving.

These restrictions of movement outside the camps have left most Sahrawi with the opinion that their people are in “forced detention.”

The Polisario’s actions and policies have been condemned both internationally and by former Polisario officers, such as Mustafa Salma Ould Sidi Mouloud.

A former Polisario officer, he has criticized the organization, and he has said that the protestors are only demanding that the Sahrawi be allowed to freely travel: a human right which is “[universally] guaranteed.”

Thanks for subscribing! Please check your inbox for a confirmation email.