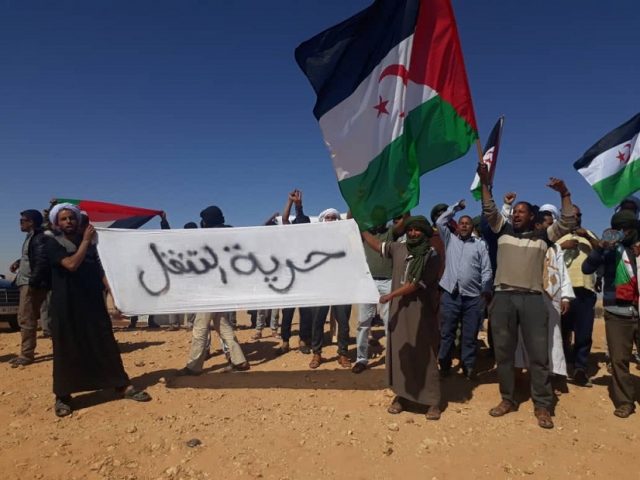 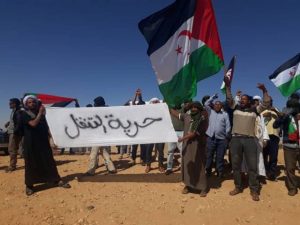 Mustafa Salma Sidi Mouloud an Ex-Polisario officer Algeria states that he personally complained to the Rabouni office dealing with human rights and refugees to demand that Sahrawis be given the right to protest and freedom of movement.

He later posted an announcement on his Facebook page that following a peaceful protest in Rabouni, seven Sahrawis had been arrested.

Some time later the Morocco World News was sent recordings of the prisoners who were condemning the lack of rights to protest and torture against prisoners. Mustafa Salma said that the prisoners had spoken to the human rights office in Rabouni to ask them to secure their release.

He continues to explain that one prisoner was severely beaten and despite experiencing severe pain had been refused medical aid.  As a result the detainee started a hunger strike, despite already being in poor health.  Mustafa Salma also gave MWN the 10 names of the detainees, including one of a prisoner who had wounds that he claimed were caused by torture.

He said that he had contacted the human rights office to inform them that 16 people had been arrested. He told the woman in the office that there was no freedom of movement and no right to protest.

Mustafa Salma reported via  his Facebook that after a writer within the camp, Moula Abou Zayed, had complained about human rights abuses following attacks on protesters, an arrest order was issued by the Polisario Front who now plans to charge him for incitement to disrupt public order.

Since the beginning of April Sahrawis have carried out a continuous series of sit-ins and protests in front of the Secretariat of the separatist group, and the Polisario’s “Ministry of the Interior”.  The protesters are complaining about the increased restrictions on movement in the camps

On 28th April, Mustafa Salma stated that the Polisario had dispersed the protesters by force in what he called a  “violent intervention” during which protesters were seriously injured as police ran over them using military vehicles.  There are videos and photos online purporting to show the demonstrations in Rabouni. The protesters highlight the lack of freedom of movement, stating that cars can only leave the camps  no more than once in 20 days.