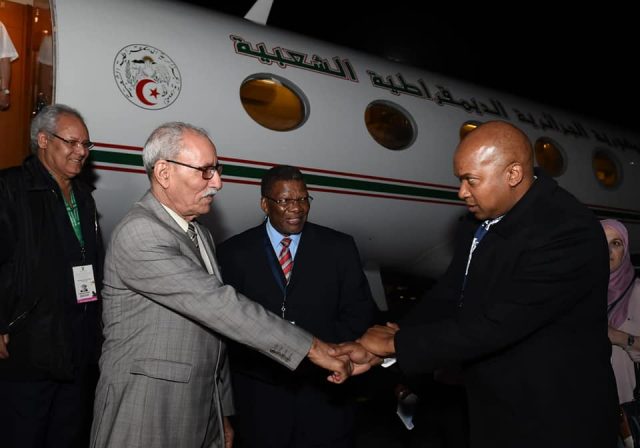 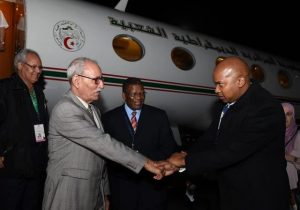 Brahim Ghali, the leader of the Polisario Front has once again been given the use of the Algerian Presidential Plane.

Ghali arrived in Johannesburg at the invitation of Cyril Ramaphosa who was being sworn in for another term as president of South Africa on May 25th.  o

High ranking officials including the South African Director of African Affairs were there to receive Ghali on his arrival on May 24th.

This is not the first time Algeria has made the plane available.  Back in March the Polisario leader was transported to Pretoria on this aircraft in order to attend a conference of the SADC (The Southern African Development Community).

Algeria is consistently denying any vested interest in Western Sahara, yet continues to support the Polisario on diplomatic, financial, political and military levels.  Algeria claims that its aim is only to help the Saharawis achieve self- determination but has spent over a decade acting against Morocco’s interests in the area.

Cyril Ramaphosa is a well known Polisario supporter and Algeria has worked in concert with South Africa to try and obstruct any attempts by Morocco to bring about a political solution to the conflict.

Since 2004 relations between Morocco and South Africa have been difficult.  In 2004 Morocco’s ambassador left the country because of Pretoria’s recognition of the SADR (Sahrawi Arab Democratic Republic).  Cyril Ramaphosa continues to indicate his support for the Polisario Front.